Alan Attie was born in Brooklyn, New York. When he was just 10 months old, his family moved to Bogotá, Colombia, where they lived for 6 years, then to Caracas, Venezuela where they lived for 10 years. After graduating from high school in Caracas, Alan went to college at the University of Wisconsin-Madison and then to graduate school at the University of California-San Diego.

Alan’s wife, Jean Feraca, had a distinguished career as a host of a popular program on Wisconsin Public Radio called “Here on Earth—Radio Without Borders”. She went on to be co-founder of the Odyssey Project, which gives disadvantaged people a chance at higher education. Recently, she took the Odyssey Project Behind Bars to several Wisconsin prisons. 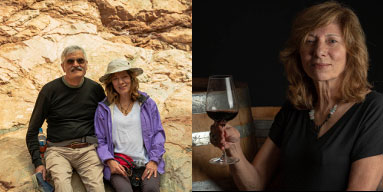 Alan is an avid winemaker. He and Jean love to cook.

Alan is a photographer. Check out his photography web site: www.alanattiephotography.com.