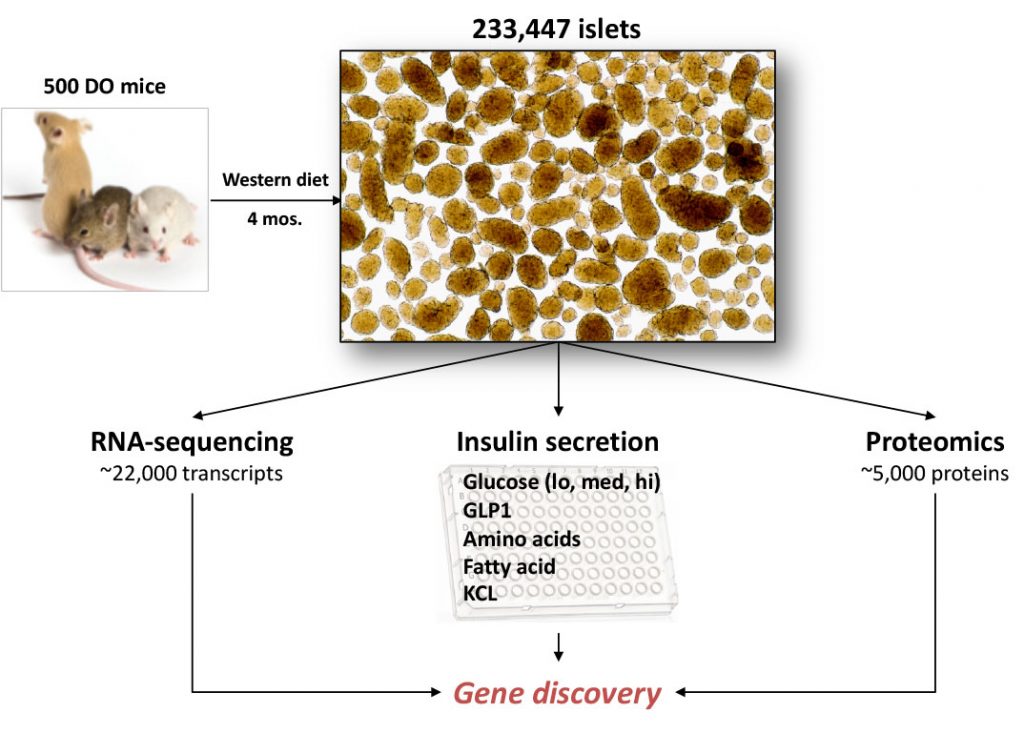 How non-coding DNA contributes to disease susceptibility. The great majority of DNA variants that contribute to disease are in non-coding regions of DNA. They often act by changing chromatin structure and by altering expression of protein-coding genes. A major challenge is discovering what genes are affected by these DNA variants. We integrate human and mouse genetics to identify DNA segments that we study using CRSPR/Cas technology in vivo. We are deleting six different non-coding DNA regions in mice and are evaluating the consequences of the deletion on gene expression and metabolic disease.

An enhancer found in human genome-wide association study (GWAS) controls the expression of several distant genes. However, this is an incomplete picture as we do not know the full scope of genes regulated by enhancers.

Lipid metabolism. By combining mass spec-based lipidomics with genetics, we have identified candidate genes that regulate the abundance of many lipids. Some of these lipids act in a hormone-like fashion to regulate metabolism. We are also studying the role of the gene Sort1 in cholesterol metabolism and insulin action.

The role of amylin in diabetes. Amylin (aka islet amyloid polypeptide precursor) is a small peptide hormone that is co-secreted with insulin. It can form toxic multimers and lead to diabetes. Martin Zanni (Dept of Chemistry) has developed mutant forms of amylin that form stable toxic multimers. We are looking for a new graduate student or post-doc to discover how these molecules are toxic to b-cells.